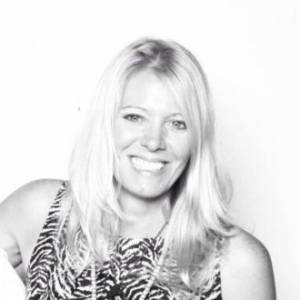 Candee is the Executive Director (ED) of Keahole Center for Sustainability (KCS). She graduated with a degree in Biology, with a focus on wildlife ecology and nature interpretation from the University of Findlay, and later with a master’s degree in Zoology from Miami University.

She spent nearly 20 years working as a Conservation Biologist, as the Conservation Coordinator at the Toledo Zoo (in-situ and ex-situ endangered species recovery). Her focus was island biodiversity/island ecosystems and conservation science, but has had a life-long interest in conservation and sustainability; serving on the Lucas County Rain Garden Initiative’s steering committee and the Toledo Zoo’s Green Team, which worked to reduce the zoo’s overall carbon footprint. She is the recipient of the 2007 University of Findlay’s Old Main Award, given to UF alumni who have demonstrated distinctive achievements in a chosen career, civic involvement and/or service to The University of Findlay prior to the age of 36 and the 2013 Daisy Sticksel Award for her work in conservation of the Karner blue butterfly and other native pollinators..

She was also an adjunct professor teaching undergraduate courses for the University of Findlay and graduate courses for Miami University, as well as serving as a reviewer on the University of Toledo’s Institutional Animal Care and Use Committee (IACUC). In her spare time she also did private biological consulting for a variety of conservation projects throughout the West Indies. More recently she served as the Executive Director of a nonprofit Wildlife Rehabilitation and Conservation Education Center before moving to the Big Island. 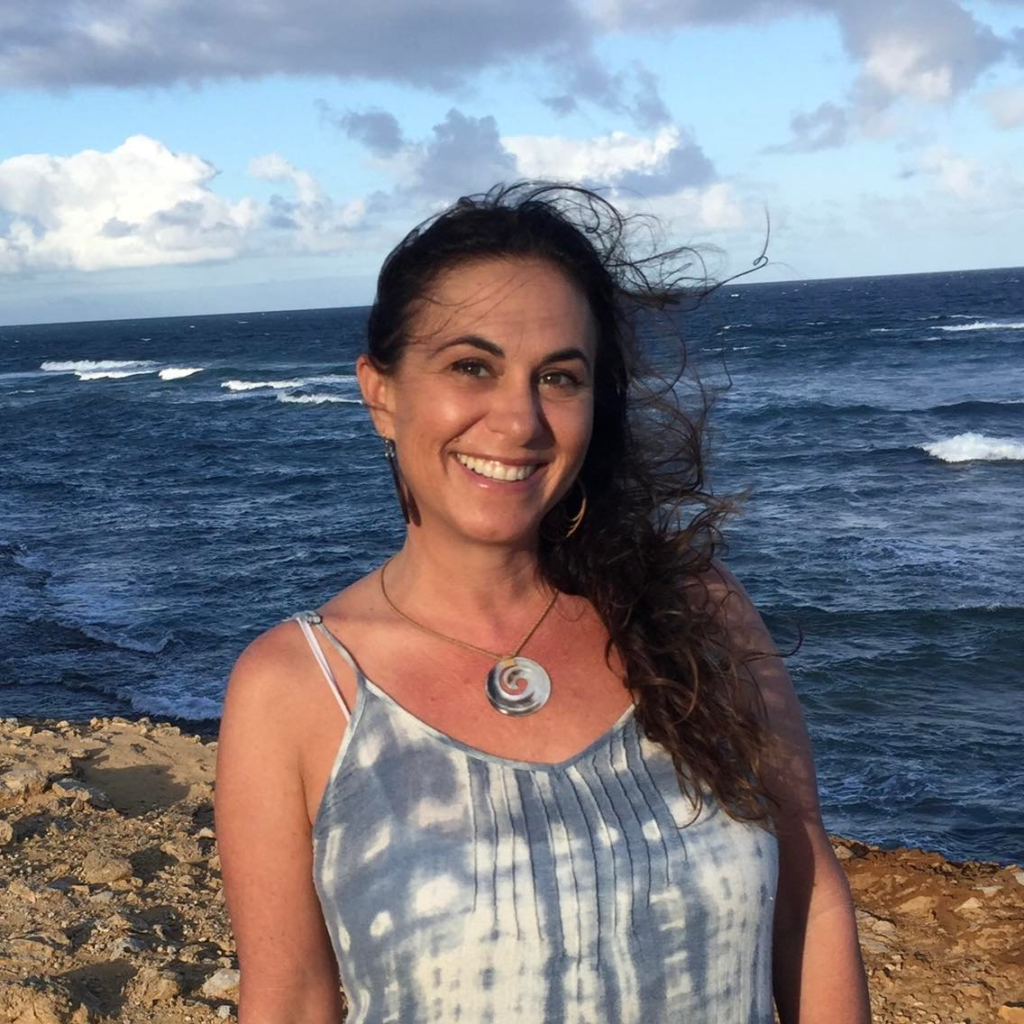 Nicole is known for her infectious enthusiasm, sense of humor and wealth of knowledge. She was introduced to the underwater world when she learned to scuba dive with her high school biology teacher. Little did she know then; her life course was set. She has served as an ambassador for the scientific community for the last 25 years. Nicole holds a Master’s in Coastal Environmental Management from Duke University and a Bachelor’s in Marine Biology from UC Santa Cruz. She began her career teaching scuba diving in the US Virgin Islands. Nicole worked as a naturalist with the Oceanic Society from 2004-2020, both at the field station in Belize and in the SF Bay Area. In California, she led whale watching trips year-round. She also served on the board of the American Cetacean Society – San Francisco, where she facilitated and implemented an annual Naturalist Training Course. Before moving to Hawaiʻi, Nicole worked as a Sustainability Consultant in waste reduction programs for San Mateo County, specializing in school and student action programs.

In Hawaiʻi, Nicole immerses herself in all things ocean and climate resiliency related. In 2021, she founded Hawaiʻi Island Ocean Advocates, leading whale watching tours January through March and serving as a mentor in sustainability action programs for students at the West Hawaii Explorations Academy (WHEA) in Kona. She is also an active volunteer with the community organization Zero Waste Hawaiʻi Island and a part of the County of Hawaiʻi Climate Action Plan working group. She looks forward to contributing to the KCS mission and furthering existing programs.

Nikki M. is a local junior high school student at Hawaii Preparatory Academy. She has is an avid diver, who is passionate about climate action and ocean conservation. Nikki wants to help her community and ocean ecosystems that she loves so much by helping to come up with innovative ways to reduce plastic waste in Hawaii. Nikki started out as an intern and was promoted to project manager to help execute her ideas through KCS. Niki has big dreams and we want to help her make them all come true.

Ross Birch, Director, Board Chair
Ross Birch is Executive Director of the Island of Hawai`i Visitors Bureau, and is responsible for overseeing IHVB’s marketing and associated programs impacting the island’s visitor industry. Serving as the lead liaison between the island’s stakeholders and the Hawaii Visitors and Convention Bureau (HVCB), he also oversees the development of relationships with community leaders, government officials and visitor industry marketing partners. Birch has over 25 years of hospitality experience on Hawai‘i Island. Affiliations: Class A Member of the PGA of America and currently serves on Marketing and Economic Development committees of the Kona-Kohala Chamber of Commerce, and Incoming Chair – Board Directors of Japanese Chamber of Commerce and Industry of Hawaii and Board Director and Hawaii Golf Alliance.

Tyler Dickinson, Vice Chair & Assistant Treasurer
Tyler Dickinson is a Business Banking Officer at First Hawaiian Bank – Kona branch. Tyler graduated from the University of Connecticut in 2002 with a B.S. in Business with a major in Accounting. He has worked in the Banking and Real Estate Finance industries for 15 years. Tyler and his wife Michelle Dickinson married in Connecticut and moved to Hawaii in 2011. Affiliations: Kona Kohala Chamber of Commerce, UH of Hilo Vulcan Boosters, and Keahole Center for Sustainability (formerly Friends of NELHA).

Jack Hilton, Treasurer
John A Hilton (Jack) retired 35 year veteran public school teacher, administrator and coach. He has been a mentor teacher for Cradle program at the Worrell Law School at Wake Forrest University, the 6th Congressional District representative to We the People in Washington DC as well as other law related educational activities. He is a retired Registered Investment Advisor (RIA), currently the owner of Hilton Associates, a partner in The Mailbox Waikiki in Honolulu and the managing partner in Hilton’s Dunes Motel. He has in the past, and still serves in different board of director positions on a variety of Nonprofit Organizations and other Corporate entities; both here in Hawaii and on the mainland, including Keahole Center for Sustainability (formerly Friends of NELHA).

Jane Clement, Secretary
Jane is owner of her own public affairs consulting firm. She has worked in both government and regulated industries. As the Chief of Staff for the former Hawaii County Council Chair, she worked to draft and successfully pass tobacco legislation raising the age of tobacco sales in Hawaii County to age 21 – the first county to do so in the State of Hawaii. In her role as Community Consultant for Hawaii Electric Light Company (HELCO), Jane developed, implemented and coordinated community and educational outreach programs across the island. Her vibrant, engaging personality and understanding of her community made her the ideal representative for the Utility. As a very active community volunteer, Jane serves on various boards and commissions, including as the Hawaii Island Commissioner to the State Foundation on Culture and the Arts, current president of the Kailua Village Business Improvement District, West Hawaii Community Forums and serves as an officer on the Keahole Center for Sustainability (formerly Friends of NELHA) board. Jane earned her Bachelor’s Degree in Secondary Education from Cebu State University in the Philippines and immigrated to Hawaii in 1994.

Jan War, Director
Jan is a recently retired former Chief Operations OfficerChief Operations Officer of NELHA’s Hawaii Ocean Science and Technology Park, where he worked for 43 years! He has also been an instrumental part of the Ironman Championship, held here annually in Kona, specifically in the the swim portion of the triathlon.

Richard Bailey, Director
Richard is a local entrepreneur who developed Dewpoint Systems. DewPoint System’s technology is based on utilizing clean renewable energy resources to enhance and control plant growth and to harvest freshwater from atmospheric moisture. His innovative approach to sustainable secure agriculture and freshwater is by “Harvesting the Sky – Drop by Drop”. Richard is also a local small business owner and devoted father and owner of two crazy Weimaraners.

Randy Kurohara, Director
A longtime Hawai‘i Island businessman, he is an owner of the custom apparel and graphics company Creative Arts Hawai‘i, and both the Parker Ranch Store and Aloha Grown retail operations. He graduated from the University of Hawai‘i at Mānoa with a bachelor’s of business administration degree in Marketing. He is a board member and past president of the Rotary Club of South Hilo; director and past president of the Japanese Chamber of Commerce and Industry of Hawai‘i; board member with the Hawai‘i Island Chamber of Commerce; member of the Hawaii Health System Corporation’s East Hawai’i Regional Board, and a board member of the Hawai’i Island United Way. Randy is the former Deputy Managing Director for the County of Hawai‘i, and served from 2008 – 2012 as the Director of the Department of Research and Development.